Sion Advogados offers high and appropriate business solutions for national and foreign clients through a talent and qualified team, with wide experience in capital intensive developments and infrastructure.

Clients can depend on both short and long term insight regarding any issue. After all, while a legal issue may be resolved today, clients must live with the results for years to come. Bearing it in mind, Sion Advogados offers clients a pool of expertise and experience that few other law firms can match, commercial lawyers handle all aspects of contractual work, from drafting to negotiation, supporting our national and foreign client day-to-day operations and tackling specific projects. The firm regularly draws up standard terms for clients as well as bespoke agreements for more complex transactions and advice on the key aspects of such contracts, including warranties, indemnities and limitations of liability. Sion Advogados is experienced in assessing the issues and ensuring that our clients understand the risks involved, as well as preparing legal documentation to address these issues.

With its complex and evolving requirements, corporate governance is a critical concern for management, directors and corporate stakeholders. Sion Advogados’ Corporate Law team provides advice to all types of company, including private and public companies, on their corporate routines, as well as on the structuring, negotiation and implementation of businesses and corporate organization. Our mergers and acquisitions practice is built upon four pillars: technical excellence, global reach, industry knowledge, and full-service capabilities; these resources, taken together, allow us to provide our clients with world-class support on their transactions. Sion Advogados offers to our clients the most qualified advice on audit and compliance procedures, planning, structuring, negotiation, and implementation of acquisitions and dispositions, investments, exchange or combination of equity interests or assets, organization of partnerships, joint ventures or strategic alliances, structuring and implementation of corporate restructuring, capturing and using synergies resulting from mergers and acquisitions, as well as any form of corporate restructuring.

Clients can depend on both short and long term insight regarding any issue. After all, while a legal issue may be resolved today, clients must live with the results for years to come. Bearing it in mind, Sion Advogados offers clients a pool of expertise and experience that few other law firms can match, commercial lawyers handle all aspects of contractual work, from drafting to negotiation, supporting our national and foreign client day-to-day operations and tackling specific projects. The firm regularly draws up standard terms for clients as well as bespoke agreements for more complex transactions and advice on the key aspects of such contracts, including warranties, indemnities and limitations of liability. Sion Advogados is experienced in assessing the issues and ensuring that our clients understand the risks involved, as well as preparing legal documentation to address these issues.

Sion Advogados is your trusted partner when it comes to managing environmental risk, including undertaking environmental due diligence, ensuring environmental regulatory compliance, preventing and defending against regulatory prosecutions, pursuing or defending environmental civil claims, structuring transactions involving environmental risk, and keeping up with this fast-moving area of the law. Our global environmental law team understands that clients seeking high-quality legal advice require lawyers with an in-depth understanding of environmental laws, policy and regulation, both at a global and domestic level. Our lawyers include legal planners, negotiators, former regulators, and advocates who have the expertise that comes with deep experience and an understanding of the complex issues that face corporate decision makers, lenders, and regulators. From air and water pollution, land contamination, habitat protection and climate change to sustainability, energy efficiency, waste minimization and use of renewables, our environmental lawyers know the importance of properly navigating environmental issues and risk mitigation for successful business operations. Now, more than ever, businesses cannot afford to ignore these issues as non-compliance can lead to criminal liability (both corporate and individual) and significant financial and reputational issues.

Our team has deep knowledge and practical skills from advising clients of the most various sectors, which allow our firm to assist and advice on the definition, implementation and improvement of ESG performance criteria and manage and minimize crisis and risks, increasing our client’s services value and meeting a new demand of the market.

Organizations that meet ESG best-practices achieve the growing expectations of their investors, shareholders, regulators and other stakeholders, find new opportunities and have a greater chance of success in their business. Considering the challenge of managing more sustainable organizations, the legal advice on ESG related matters guarantees the adequacy of the legality of the practices and helps speed up the decision-making processes, always adjusted to the best international practices on the matter.

Our holistic approach grants Sion Advogados the expertise to provide a wide range of legal services, such as:

Sion Advogados mining team advises on all aspects of mining transactions and project development for domestic and global clients with mining interests. Clients rely on our comprehensive understanding of the mining industry and the critical business issues that face industry participants to help them successfully achieve their goals. The firm offers trusted counsel to our clients and assists them in achieving their financing, acquisition, governance and strategic goals in a practical and efficient manner. Mining sector clients rely on Sion Advogados to deliver creative legal solutions throughout the ups and downs of a cycle, enabling them to capitalize on opportunities, as well as to navigate through hostile situations to outcomes that maximize shareholder value. Mining companies and other industry players rely on our help to resolve all manner of high-risk, complex and sensitive mining disputes in court proceedings, administrative processes, and arbitrations. Our experience encompasses dispute-resolution regimes and investment treaties applicable to mining interests, including: regulatory compliance, exploration, surveying, mining and surface rights (including permits and licenses), assessment work, mine construction and operations, liens, mine and mining claims ownership, expropriations, aboriginal title, mining operations, proceeds from mining and closure and rehabilitation plans.

The team of Sion Advogados is formed by professionals of excellence and know-how in the most diverse segments of labor law. The team is a reference in labor legal advice on the most delicate labor issues, with a strong presence in advisory, judicial and administrative litigation, including strategic and highly complex lawsuits. In addition, we conduct executive compensation policies, review of variable compensation, job and salary plans, business union law, Compliance and labor LGPD.

The global real estate market is growing in terms of complexity and sophistication. Investors, corporations, asset and fund managers, and financial institutions in the real estate sector need a legal team able to offer strategic transactional support on a cross-border basis. Sion Advogados in one of the few global law firms with the experience, skill and depth of resources necessary to deliver a high-level of service to real estate sector participants. Our team provides legal acts for clients across the full range of real estate, including insights and advices of the real estate law, acquisitions and dispositions, tenancy, location (including build to suit) mergers, land subdivisions, real estate guarantees, real estate bondage, advice on real estate transactions and urban development matters.

Sion Advogados has a robust team of talented and experienced professionals, prepared to serve its clients in the basic sanitation sector with enormous dedication, quality and expertise. With extensive experience in serving industries and capital-intensive and infrastructure companies, the firm is able to support its clients in modeling projects, tenders, concessions and PPPs in the sanitation sector. Sion Advogados advises its clients on risk management, on contracts for the construction, management and operation of Water and Sewage Treatment Plants; financing operations and M&A of sanitation companies. The firm also acts in the preparation of consultations and opinions involving regulatory issues and in conducting legal audits (due diligences) in the basic sanitation sector.

The Sion Advogados team is highly specialized in strategic litigation, both in judicial and administrative proceedings. We represent clients in the most varied types of disputes involving corporate law, contracts, civil liability, real estate, among others. 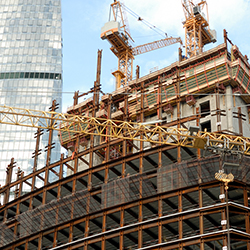 This economic area is gaining more prominence in the national scenario, especially with the expectation generated by the discovery of the “Pre-Salt Reserves”. Mainly linked to the production of oil and natural gas, the sector demands strategic and globalized action, focused on planning, results and high-risk control. Heavy Construction embraces the implementation of building works ranging from houses to highways, airports and other infrastructure projects. The construction sector achieved in 2010 the best performance in the last 24 years, with a growth rate of 11.6%. “After a year of retraction, the construction sector is expected to have, in 2021, the greatest growth for the sector in 8 years. According to projections by the Brazilian Chamber of the Construction Industry (CBIC), the Gross Domestic Product (GDP) of the segment should reach 4% in 2021, after decreasing 2.8% in 2020. 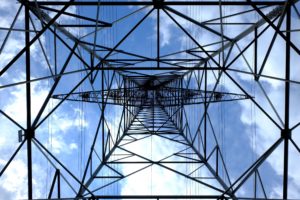 Sion Advogados has extensive experience in all segments of energy sector – such as generation, transmission, distribution and commercialization – and in transactions and regulatory matters before government agencies, such as the National Electric Energy Agency (ANEEL), Ministry of Mines and Energy (MME), National System Operator (ONS), Electric Energy Trading Chamber (CCEE) and Energy Research Company (EPE). The firm provides legal and technical advice on electric sector contracts, bids, requisitions, compliance and dispute resolution, offering effective solution for all conflicts regarding the energy area and advising agents on the frequent legislative and regulatory changes that impact the regulated service, assessing, from the legal-regulatory point of view, the risks, opportunities and consequences for stakeholders. 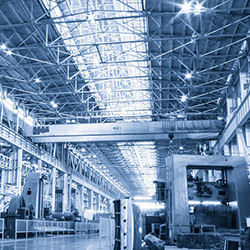 The industry is one of the pillars that sustain the Brazilian economy. It is responsible 22.7% of the national Gross Domestic Product (GDP). The industry has a direct interface with Brazil and others countries, because the largest industrial park in South America is located in Brazil. According to industry forecasts, industrial GDP will grow 4.3% in 2021, driven by the manufacturing industry, with an expected increase of 5.7%. The extractive industry will grow 2% and the construction industry should increase 4%”. 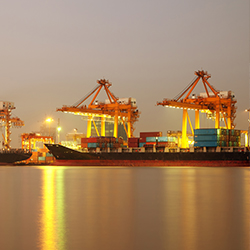 Material flow management is the key activity of this Logistics sector, which includes the transportation and storage of inputs and products, connecting them from the point of production to the point of consumption or export. Logistics modalities include, among others, Ports, Railways, Highways and Slurry Pipelines. Due to the enormous territorial dimensions, Brazil has converted in a focus of investments that aims to make possible to deliver the country’s growing production. 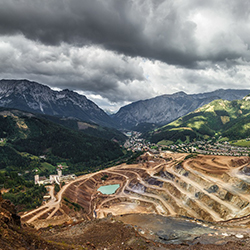 Embraces the processes, activities and services which objectives are the extraction and finance exploitation success of the minerals substances stored in mineral deposits. It is a key activity for the social, economic and financial development of contemporary societies. In Brazil, the mining sector stands out through attraction of investments, guaranteeing a very positive impact on the national trade balance. According to the Federal Government, Brazil will invest R$ 350 billion by 2030 in the mining sector.

The Brazilian oil & gas sector attracts many investments, especially after the discovery and exploration of the pre-salt reserves, which now account for more than 50% of the country’s oil and gas production. According to industry agents, the demand for oil is expected to reach its peak until 2040, which would lead to the need for a boost in oil & gas activities in Brazil. In this sense, Sion Advogados has an in-depth expertise on legal advice related to the exploration and production of oil, gas and its by-products on the environmental and regulatory issues inherent to the sector. 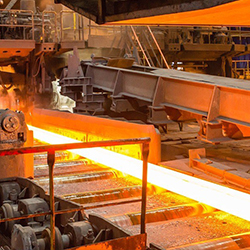 A sector of metal industry which is dedicated to the manufacture of steel and cast iron, used as inputs for infrastructure buildings, construction industry, capital goods and consumer goods, both domestically and abroad. It is also one of the oldest industrial activities of the world. In the world production ranking, Brazil was in ninth position between the months of January and August 2020, with a total of 19.77 million tons.